We’re not particularly proud that we are still using Rails 3.2, but we are extremely proud of scaling our traffic over the last few years. Our new services are built in Rails 5, but we still have a hefty chunk of functionality in our original Rails 3.x monolith. A rueful “rails 3.old” hits our slack channels as someone stumbles across an issue as they switch back to the monolith. Growing our business, features and team over the last few years has left little time to do a wholesale upgrade of the monolith platform. Here are some tactical things we’ve done to help it keep pace with our growth.

If you are coming from Rails 5, you can add lines like this to your migration and expect helpful things to result.

These in fact are all examples from our monolith code base and none of them do what they intend to. Rails 3 doesn’t support the algorithm, index and foreign_key options and silently ignores them. At our current scale, locking a table to add an index, or forgetting to add a foreign key constraint or index in the first place can cause outages so we’ve added some safety nets.

Gems like zero_downtime_migrations and strong_migrations look to help catch certain problems, but don’t ultimately do the job. They will accept an algorithm: :concurrently annotation, for example, even though the generated SQL command does not create the index concurrently.

Our database design has been performant for core use cases from the very beginning, but we’ve had to introduce three particular technologies to maintain performance as we’ve scaled.

We’ve introduced pgbouncer to reduce connections to our database as we’ve horizontally scaled our application servers. We use activerecord_autoreplica to distribute read queries to replicas. And finally we use monitoring, rack timeouts and aggressive statement timeouts to catch and kill long-running queries.

For pgbouncer, our fork of the buildpack introduces a number of small improvements

In the beginning, our operational database also drove our reporting and invoicing functionality which led to some lengthy web requests and database statements. Adding both statement and request timeouts have helped us identify and fix those problem areas. Our fork of activerecord_autoreplica mainly improves robustness in connection cleanup to handle both these timeouts and database failover scenarios.

Finally, we’ve also had to patch Rails itself to get the most out of the autoreplica gem. The short summary is that pluck statements were never going to replicas, only to the master because ActiveRecord in Rails 3 generates an exec_query statement for a pluck. The autoreplica gem will only send a command to a replica if it starts with select_ so this patch does that.

We could not function at scale without Redis, but have had to come up with a number of forks to get the most out of it as well.

We are a very data-driven organization and to date we’ve used the Split gem to help drive our A/B testing approach. It wasn’t until it was widely used in the code base that we realized how very inefficiently it uses Redis. Our fork of split allows us to query multiple experiments at once and defer cleanup until later which has greatly improved our Redis load.

Even with that optimization, we need to shard across multiple Redis instances. Our forks of redis-rb and redis-rack-cache allow us to use multiple shards for both Rails and Rack caching (among other uses).

We’ve recently been migrating from Unicorn to Puma and have stumbled upon yet another deadly case of silently ignored options. Releases of redis-activesupport since v4.1.0 have supported both connection pool parameters and distributed shards via a configuration similar to the following.

That is an important scenario for us and we’ve been running a configuration like that for months now. After flipping from Unicorn to Puma, we saw both CPU usage and MGET command counts go way down on our Redis cache instances. Sure enough, the support for those pool parameters aren’t in the version that works with Rails 3. The dependency nightmare that exists in all the little redis-store gems means that we will likely need to fork and backport this pool support to move forward with Puma or add Redis::Distributed support to readthis.

The good news is that we are on the latest versions of both Postgres and Redis in production so the Rails stack itself is our last sticking point.

We’re hiring aggressively and our general preference is to use our expanding engineering team to chip away at the monolith, reduce its footprint and replace existing functionality with new services using the latest frameworks. That is the path we have been on for months now and it is accelerating as we get those first services running in production.

Tracking down the last Redis cache pool gotcha is what finally prompted me to write a blog post about our experiences. If Rails 3.old is popping up in your slack channels as well, hopefully you find some value in our forks or let us know of alternatives you use to keep things running. Maintaining an old code base is always an adventure.

And if you’re interested in working with us and have actually migrated a monolith off of Rails 3, don’t think you need to hide that on your resume. We promise we won’t lock you away to work on that for your first weeks. We spread infrastructure and platform work across all teams and have way too many interesting things going on to monopolize your time like that (although you may get bonus points if your code flags invalid option usage)! 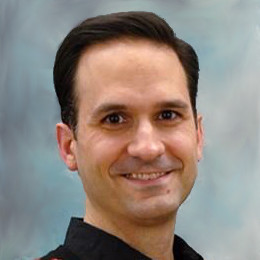 I’ve spent most of my time at Deliveroo working on our core operational systems to efficiently match riders to orders (which we name after Danny DeVito characters for some reason). Currently I’m helping upgrade our infrastructure and platforms to improve our scalability and reliability.