This Autumn we welcomed a cohort of 10 graduates to Deliveroo and they’ve shared their thoughts on our hiring process, onboarding and their time at Deliveroo so far!

Interested in joining Deliveroo? Head to the bottom of this post for details on our 2020 Grad Hiring.

Hi, I’m Ryan, I recently graduated after studying Computer Science at the University of Plymouth and I’ve joined the Consumer Tech team as a backend engineer. During my time as a student I was very familiar with Deliveroo (mostly on Saturday mornings!) and this meant Deliveroo felt like the perfect place for me after Uni.

One of the benefits of joining a company like Deliveroo is that despite the size and scale of the company, there’s still loads of challenging problems to solve. This really drew me to Deliveroo as it meant that there was ample opportunity for me to challenge myself by tackling new and interesting problems and I knew that I wouldn’t be doing boring or repetitive tasks.

Another big motivator for me to join Deliveroo was the company culture. It was clear from the start that Deliveroo really valued its employees, and this showed when speaking with engineers and listening to how highly they spoke of Deliveroo.

Hi, I’m Matt and I studied Computer Science at University College London and have joined Deliveroo as a Software Engineer in the Data Services team. In the team we build and operate software that can support the data intensive applications and scenarios that we have at Deliveroo. This includes using technologies such as Kafka and Kubernetes and partnering across the company to collaborate and consult on data-intensive applications.

Having known a few people already working at Deliveroo I was really keen to apply for a graduate role and so kept an eye out for any openings on the Deliveroo careers site. As soon as I saw an advertisement for the 2019 Graduate role I was quick to send off my application, looking forward to any next steps. I soon received an email from one of the recruiters inviting me for a phone screen which was just a short conversation in which I could highlight any areas of interest and allowed the recruiter to get to know me a little better.

A few days later I was invited for the first round of interview! This was an online coding exercise with two other software engineers who work at Deliveroo. It was really enjoyable - both the engineers were super friendly and it allowed me to get a better insight into the work that goes on here. A few days later I received an email from one of the recruiters who told me that I had passed and was invited to complete a take home task which consisted of solving a problem using a programming language of my choice. Once I had completed the task I sent it off to get reviewed by a few of the engineers who then invited me for an onsite interview in the London HQ.

The onsite was scheduled to last a few hours and consisted of two interviews - one technical and one behavioural. It also gave me an opportunity to get a tour of the office - and of course the famous Roo Pitch. The technical interview consisted of going over the take home task and working with two other engineers to make a few changes. It felt very relaxed - my interviewers were really helpful, giving me any advice when needed. The behavioral interview was with one of the Engineering Managers and was an opportunity to talk over my experiences working as part of a team and how I could be a good fit for the company. All in all the day was really enjoyable and allowed me to get a good insight into what life at Deliveroo would be like.

About a week later I received a phone call from the recruiter who informed me that I had passed the final round and they would be extending an offer to me! I was super excited to get the news and knew straight away that I wanted to accept the offer and was looking forward to starting a few weeks later.

Hi, I’m Aleena, I studied Computer Science at Bristol University and have joined as a frontend engineer on the Consumer Tech team, working on the web and mobile web experience. As someone with previous experience in startups, I was keen to join somewhere with the culture and pace of a startup, but where I could also work with more frontend developers on a wider range of problems, so Deliveroo fit the bill for me!

Most of the tech grads joined in the same week, and so we had a week of grad-only onboarding before doing the usual tech onboarding with other new-joiners. I found that this was a great opportunity to connect with the other grads, and have some extra sessions that were focussed around general skills in working as an engineer.

We were all assigned a “team buddy” - someone on our team who helped to introduce us to the team, set up our development environment and answer any technical or general questions. For me, this meant having someone who could pair with me in the first few weeks, and direct me towards tickets that would help me get familiar with different aspects of the architecture. I also paired with several other frontend engineers in my team, which helped me get an idea of the different features that my team were working on, and understand the thought processes of the engineers around me.

As new grads, we were also assigned a “senior mentor” - someone on a different team as us who we could meet with periodically to discuss technical and non-technical things with. Having a person outside my immediate team meant it was easier to discuss general career goals, and my senior mentor set up a lot of meetings for me to meet people in different teams and roles than mine, which was a great way to understand the scope of the engineering team at Deliveroo.

I’m Hashim, a Software Engineer on the Consumer Tech team. I joined Deliveroo after completing my Computer Science degree from King’s College London, having worked as a Software Engineering Consultant during my placement year. While consulting has its benefits, I wanted to work for a company with a mission that I could believe in and contribute towards; being a foodie myself, Deliveroo was the perfect place. From just my first week I had a pretty good idea of how Deliveroo operates as well as its strategy to grow and expand. We even had a firm-wide meeting with the CEO, Will Shu. Seeing him explain the company plan and strategy really strengthened my belief that this is the right place for me.

My team mentor has been super helpful since the day I started. She helped me to setup my laptop and get access to the services I needed, as well as introducing me to many people and giving me an overview on the office culture. After on-boarding I was given an overview of the systems we’re responsible for and how they worked. I split my time between self guided training on the stack (Ruby & Go) and pairing on small tickets to get familiar with the code-base.

What I really liked is that we’re able to take responsibility whenever we’re ready to, rather than after a certain period of time. I had my first bit of code in production in my first week! I was pleasantly surprised about the level of autonomy we get here at Deliveroo - everyone has a say and ideas are welcome no matter what your title is. I’ve heard of graduate schemes where the grads are given boring or repetitive tasks that no one else wants to do. The great thing is that here it’s the opposite; my team told me to push back if this started to happen. 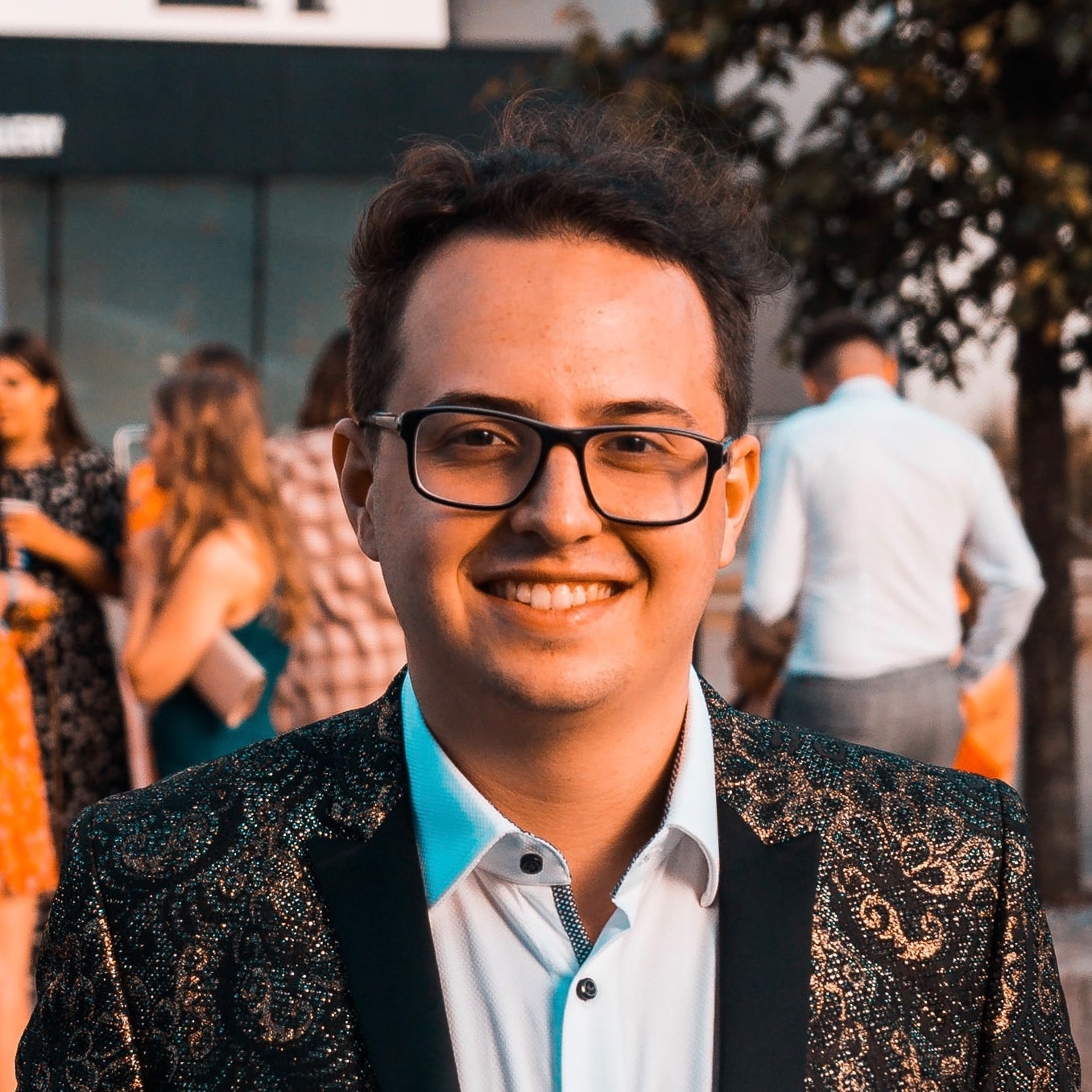 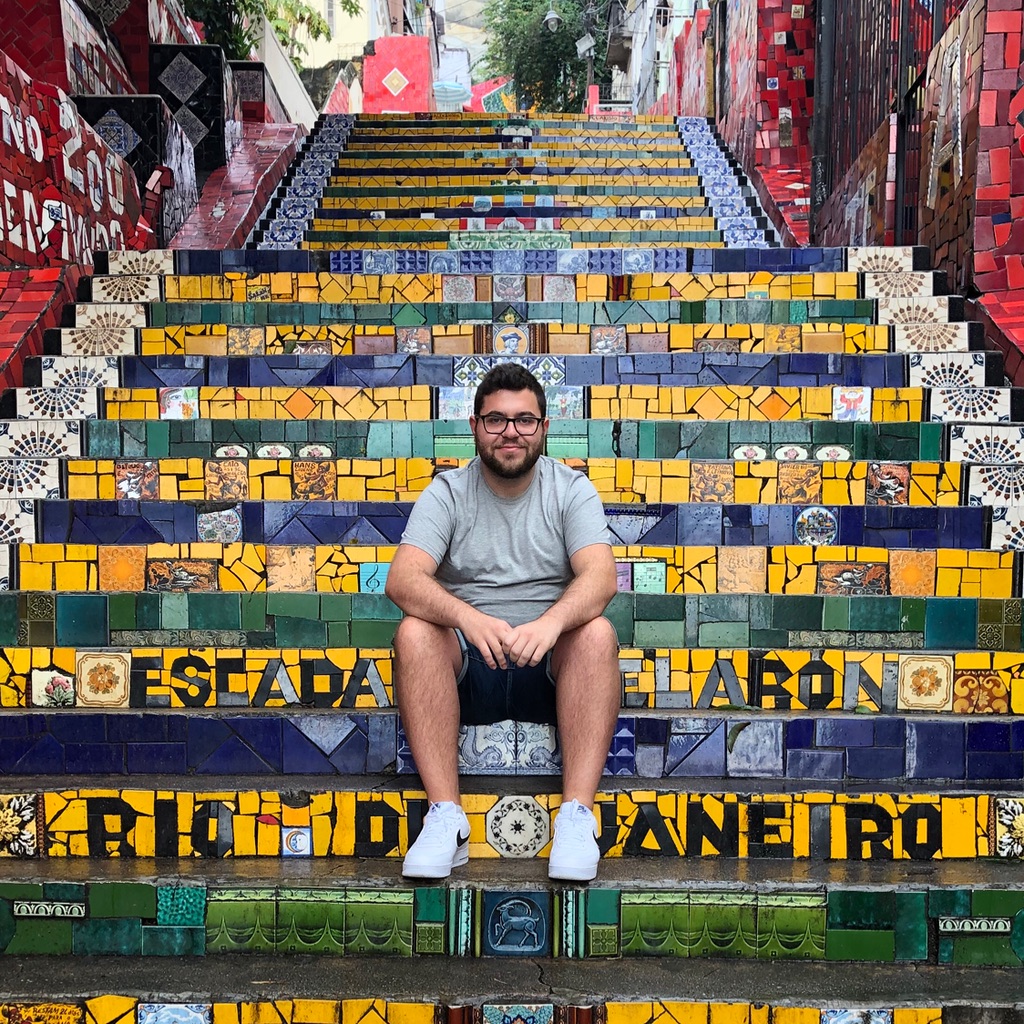 I recently graduated from UCL where I spent 4 years studying Computer Science. I am now a Software Engineer within the Data Services team here at Deliveroo. I can be found @MPolicane on Twitter. 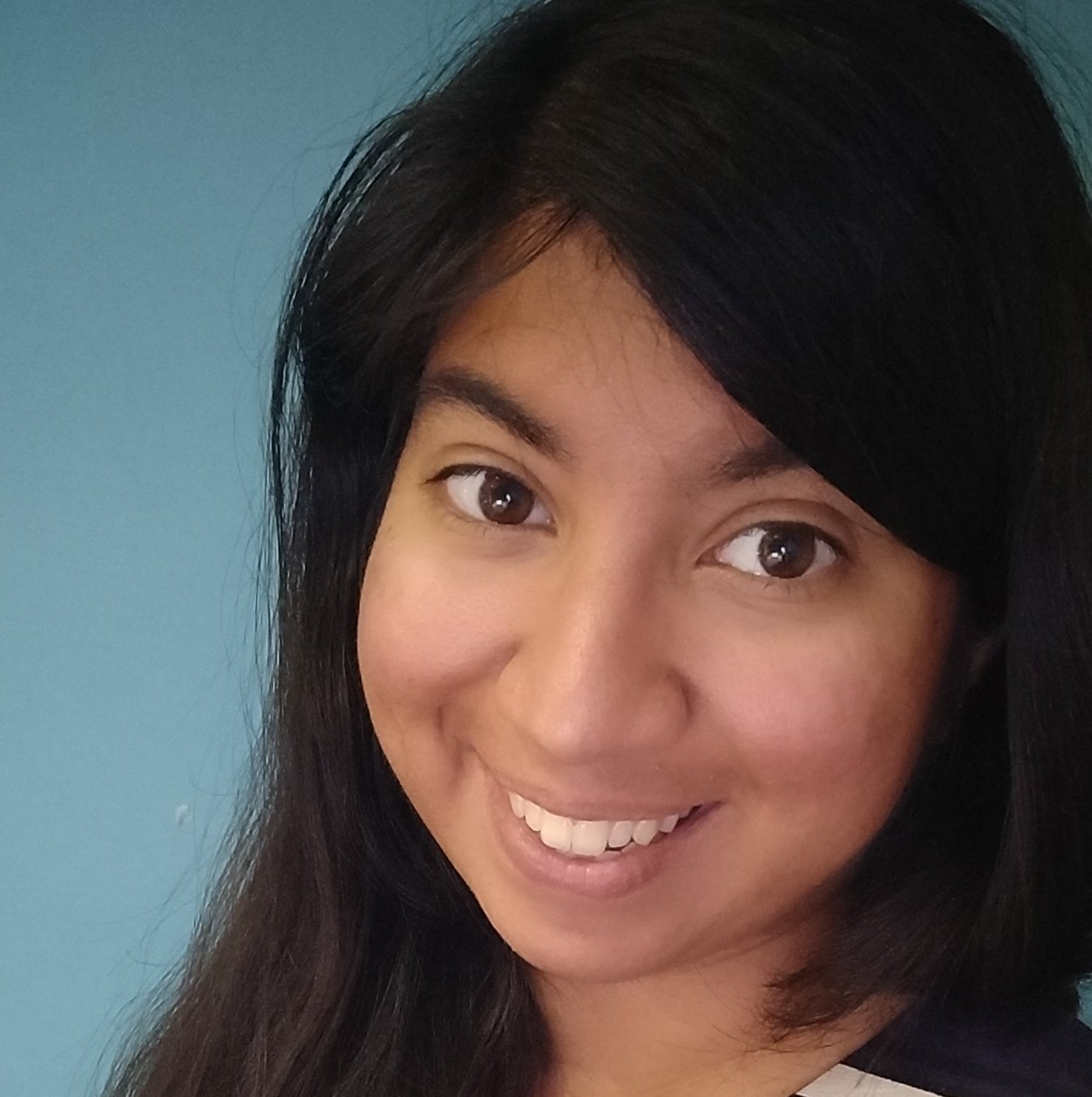 Frontend engineer by day, not a superhero by night - I spend my time writing JavaScript, telling people websites should be more accessible, and watching low-budget YouTube videos. Find me on Twitter @AleenaCodes 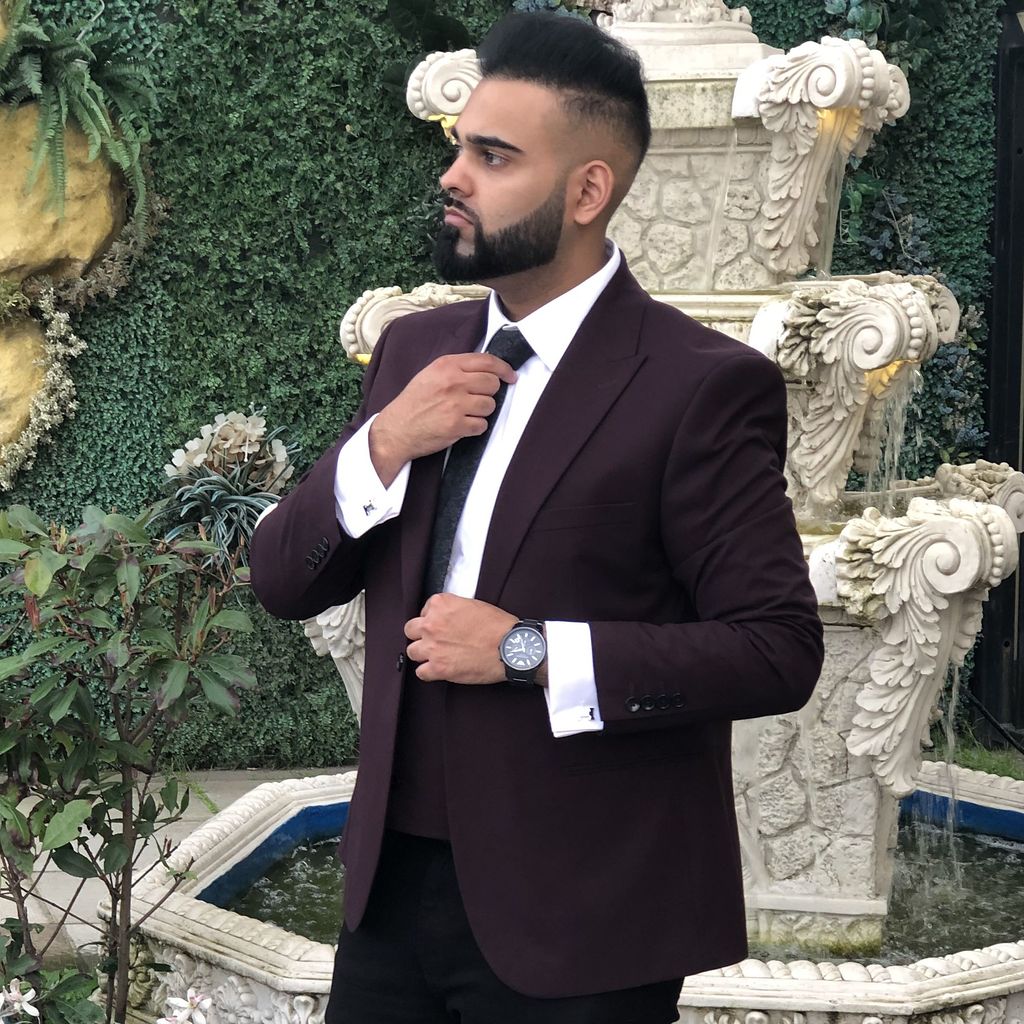 I’m a Software Engineer at Deliveroo. I studied Computer Science at King’s College London and have previously worked across the stack in various roles including Back-End & iOS. I love to learn and I’m always looking for my next challenge!