How Deliveroo uses the App Store Connect API to check if a new TestFlight build is available and prompt employees to install it.

At Deliveroo, we rely on TestFlight to ensure our iOS app ships to the App Store with as few issues as possible. We don’t have manual testers and since we operate in 13 countries and support a number of country specific features and payment options, it is important to get as many people as possible to install the latest beta to cover most use cases. To do this we prompt employees in app with a modal screen to invite them to install the latest beta.

Fetching the TestFlight Version From the App Store Connect API

The App Store Connect API is a REST API that can be used to access various areas of App Store Connect, such as user management, TestFlight, etc. This API is still relatively new: it was announced at WWDC 2018 and released in November 2018.

One use case that was particularly interesting to us was fetching the build number of the latest TestFlight public beta from App Store Connect. We came up with the following query to fetch the info we needed:

In the query above, replace <apple_app_id> with your own app ID. The JWT token can be generated with the script below, taken from the WWDC video presentation about the App Store Connect API.

The curl request above returns some JSON that contains amongst other things, the build number of the latest ten betas. It is then simple enough to look for the highest version number that has the following state: “externalBuildState”: “IN_BETA_TESTING”. You’ll have to do a bit of processing: the response follows the JSON:API format and contains a data object which contains the version number and an included object which contains the build state. You can map the version number to a build state by joining on the opaque IDs (see sample code below).

Authentication is done with JSON Web Token which can be created with a private key created on App Store Connect, in the Users and Keys section. The key only needs Developer access, not Admin.

As you must not embed a private key within an app we built a service to query the API. At the last company hack day we set out to build an AWS lambda (to avoid adding more code to our backend service) to fetch the version information.

The lambda takes around 2 seconds to run, most of this time is spent waiting for a response from the App Store Connect API. This is a long delay and means the configuration endpoint can’t query the lambda directly, even occasionally or it would increase latency for some requests. A simple solution has been to have a background worker query the lambda periodically and cache the result in Redis. Here is an overview of how the final system is set up:

With the App Store Connect API we’ve been able to facilitate TestFlight onboarding for all employees. The number of food delivery orders placed from a TestFlight build has more than doubled and our confidence to release a new version has increased.

From my perspective this has been an interesting project which introduced me to AWS lambdas and our Ruby on Rails stack. We’re always hiring and if you’re interested in both iOS and backend development, you should consider joining our team. 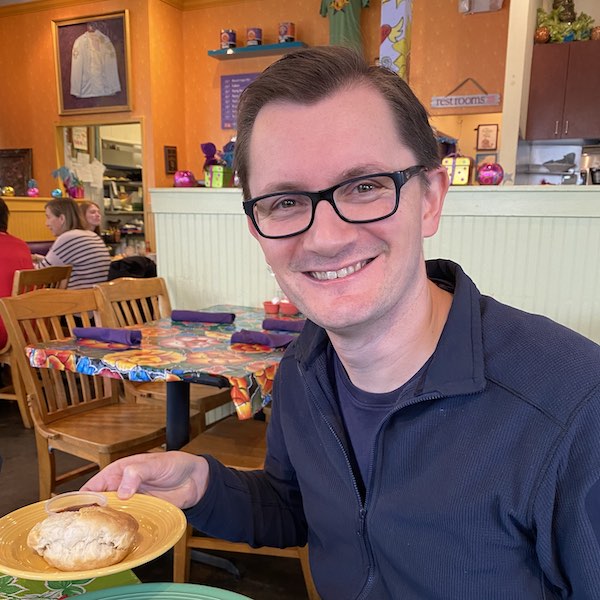 I’m an iOS engineer on the payments team at Deliveroo. Find me on Twitter: @g_fred