Hey there! I’m Nathan, a backend engineer at Deliveroo. Born and raised in London, I’ve been a software engineer for over 5 years and joined Deliveroo just over a year ago. I want to share with you my experience so far and what you can expect in your first year. I hope nobody is reading. But if you are, then please keep this to yourself!

My first week was an interesting one. This was the first new job I had started in this ‘new normal’ post-COVID-19 era. Being sent a work laptop by post and meeting my new colleagues virtually was a new experience.

I logged in to find my calendar pre-populated with a myriad of training sessions across the first two weeks. I’ll admit, it was a little overwhelming. But it was reassuring to know that I was not the only one in this position. There were about 15-20 other people who had joined in the same week, each in varying positions in engineering, and many who had become familiar faces. The sessions ranged from engineering principles to designing systems at scale. I have to say, I was thoroughly impressed with the level of detail each training session had with comprehensive documentation to go with it. The latter part being a rare thing to see in an industry like ours, at least from my previous experience.

Free time in-between training allowed me to learn Go. Coming from a Java background, the differences were not too huge. C-based languages largely read the same. Although I had to get my mind out of the Object-Oriented Programming paradigm mindset as Go has no such concept. Having ‘grown-up’ with Java since university, this was a big pill to swallow. But, as the kids say, ‘we move’.

I didn’t waste time meeting my new team in the Consumer org. My new joiner buddy messaged me on Slack on my first day to introduce himself and the team. He was very helpful to get me settled in. He explained how our focus was to move our menus out of our monolith application into a microservice to allow for easier management and faster loading times. Despite the team having this goal, everyone seemed to work autonomously. Even though I had joined 3 months into the project with most of the groundwork already complete, we still had the freedom to do what we felt needed to be done.

I think this is where the real challenge began. After my probationary period, you’re expected to start taking on more responsibility.

This is something I was dreading. This was the first time I had to do anything like this in a job. Having seen from a distance how this has been done in other jobs, I figured it would be stressful. Thankfully Deliveroo has a process to ease engineers into the on-call rota. It starts with a training session (one when you join and another after probation to refresh your memory), shadowing (you follow and observe someone else on-call), reverse-shadowing (someone observes you), then you start on your own.

I had to skip the shadowing part as the on-call schedule was quite tight. Thankfully my reverse-shadow shift didn’t go too badly. I was paged a handful of times (if that) and everyone else on shift was very helpful too. Up to this point, I had only worked on one service, so overseeing 6 other services I had never even touched or heard of before was quite daunting. But if you’re an experienced enough engineer, you’ll know the basic tools to look at when investigating an issue. On-call documentation (we call these Playbooks), DataDog logs, and other engineers are all the things you’ll need when looking into problems.

Eventually some internal team changes led to me setting up a new, smaller rota specifically for the menus service. This meant my team only had to manage 1 service rather than 7, which has made a big difference. I feel that this change allowed my team to own the health of the service more than before. We know the ins and outs of the service which allows us to diagnose problems and also create solutions far quicker.

Now this is something I’m still getting to grips with. This was also another task I was anxious about doing. I had never interviewed anyone for a role until joining Deliveroo. What if I assess the candidate incorrectly? What if I gave the candidate a bad experience? These were the kind of questions that were running through my head. But at the same time, I was excited to finally be on the other side of the table (or screen).

But I’m sure you’ve guessed by now that, like going on-call, there is a process to get you started. A 2-hour in-depth training session is done to go through what is expected of you as an interviewer and what you should be doing and thinking. Then, you shadow another engineer and reverse-shadow afterwards. I like to think of these as having two engineers interviewing a candidate rather than having one interviewer and another watching.

Admittedly, during my own interview process I found the architecture portion challenging. But having been on the other side, I’ve come to understand how I could have done better. There is no one right answer. There are many ways to approach and solve a problem. One of the main things we look for is how you are conveying the solution to the problem as well as the solution itself.

This was something I was really looking forward to. One of the things that attracted me to work at Deliveroo was career development. Having the opportunity to move closer to a senior engineering position, I knew that performing senior responsibilities would include taking the lead in projects.

Towards the end of 2021, I worked on a new promotion to entice consumers to order groceries on our platform. This involved scoping out what needed to be done, diving into services I had never worked on before and learning more about the business domain (mainly how we calculate fees for the basket at checkout and how we advertise promotions and offers in the restaurant list). Thankfully the teams who worked on these respective areas were more than happy to offer help and advise on the best approach which made the job much easier.

I definitely learned time management in this project. I had a number of different tasks to do. Writing technical design documents, hosting weekly sync meetings, helping other engineers understand and work through issues they had found. It was very involved and challenging as I had to be on top of everything. Juggling that and other personal commitments, I pulled through.

Everyone is willing to help

There are two core values that Deliveroo holds. We succeed as a team & we never say it’s not my job. These values could not be any more accurate. We have a plethora of Slack channels to ask any kind of questions you may have. From how the restaurant list works to how you pronounce the word “scone” (yes, seriously!). Even when you’re looking through code in a repository you’ve never seen or come across before, I’ve found that there will always be someone willing to help in any way possible. Whether that be sending code snippets or having a full-on deep dive session.

Autonomy is a great thing

This is something I have to keep reminding myself on a regular basis. And in fact, this is probably one of my life mantras. It is okay to fail. This is how we grow. In the project I worked on to create a new grocery promotion towards the end of 2021, we managed to go live by the end of the year. But there were many many setbacks along the way. But that was okay. I knew at the time that whatever went wrong during the project I’d do everything in my power to make sure it doesn’t happen again for future projects I work on. We love to run experiments here and sometimes they don’t work out the way we expect them to. But again, that’s okay. We reflect on our findings, take learnings from them and move forward. This is the kind of attitude every person should have in any function they work in. This is how we evolve to be a better version of ourselves. I can say for sure that I’ve surpassed my own expectations in the last year. 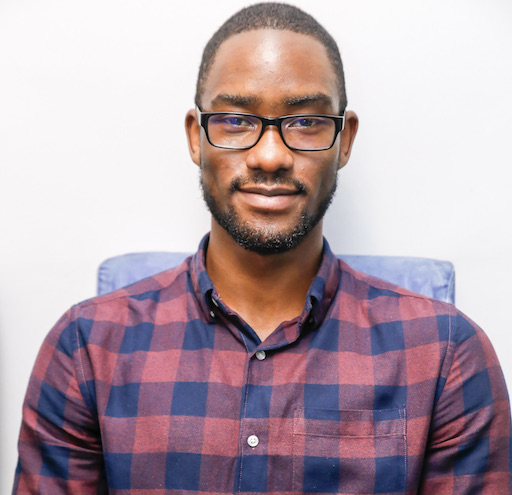 Hey there! I’m Nathan, and I’m a Software Engineer. Born and raised in London. Started out in FinTech, now helping consumers make their weekly grocery shop.