Counting unique users, checking if a credit card has already been used, or checking if this is a mobile user’s first visit ever — all of these require maintaining a large set of fingerprints (unique visitor ID, card fingerprint, IDFVs depending on the use case).

Because this usually needs to be queried very rapidly, Redis is naturally our store of choice. While using its SET feels obvious, what data structure to select? Are there memory/performance compromises?

This shows that while plain key/value is a safe bet, there are possible optimisations with hashes and traps to avoid with sets and sorted sets.

In a previous article we investigated how best to store a large key-value dataset (user sessions). We showed that number of partitions can have a huge effect on memory usage, but didn’t look at the other structures or how it affected performance.

The size of this set is driven by the fact session key and data are roughly 43 bytes, and that it grows with the number of monthly active users.

For this new use cases, we’re looking at identifiers that are typically smaller (128-bit UUIDs, or 16 bytes) with no payload (associated data); it’s also a dataset that grows with time, not just with current usage — so storage constraints are slightly different: smaller unit data, but kept essentially forever.

One of Redis’s most awesome features, besides it’s speed and well-designed data structures, is that it documents algorithmic complexity for every single call. For instance: we know that adding to a hash is O(1) and adding to a sorted set is O(log n).

What Redis does not document, however, includes

Aside from the stated use case, this exploration is about lifting this mystery for a few of the most commonly-used Redis data structures.

We assume the identifiers we want to store are 128-bit random numbers. The key use cases we consider is:

Check if a given identifier is in the set of known identifiers, and add it if it isn’t.

Because this is an operation that will happen often, and the set will be large very rapidly, we want this to be a single Redis operation, commonly called a CAS (check-and-set).

The options we’re considering are:

The xx is to mimic partitioning in other data structures, so that the keys in the “flat” option are comparable in length (more below).

Our CAS query is implemented with SETNX.

CAS is implemented with a single HSETNX.

Similar to hashes, except to associated value is needed.

CAS is implemented with SADD (which does return the number of items added).

CAS is similarly implemented with ZADD.

We prepared a benchmark driver that explores the possible data structures and number of partitions — storing all IDs in a single structure at one extreme, and storing each ID in its own structure at the other.

The code for the benchmark driver is here; the graphs presented are from this spreadsheet.

We found that the behaviours described below were completely similar with 1, 5, 10, or 20 million million IDs, so for simplicity (and to avoid unseemly 3D graphs) we’re only plotting results for 10 million IDs here.

The “flat” storage scheme uses consistent memory, which is expected: the number of keys and key size are identical, and “partitioning” here is really just rearranging characters in keys.

At low partition counts (ie. more IDs stored in a single structure), hashes, sets, and flat keys use up roughly the same amount of memory (within 10% difference), while sorted sets use 75% extra memory.

The right-hand side (many partitions, few IDs per partition) exhibits 2 interesting behaviours: first the memory usage for hashes and zsets massively improves, then degrades as we converge towards a single ID per structure.

Even more interestingly, for 128k partitions, the total memory usage is within a hair of the theoretical minimum (320MB to store 10 million 32 byte IDs).

Let’s revisit this chart’s axes to detail these behaviours. The next chart presents the same data, but focusing on overhead per ID, rather that total memory usage. Overhead is simply the memory used per ID, minus the minimum size to store an item (32 bytes).

On the leftmost side, the difference between the curves gives us a measure of the memory cost per data structure entry. Two interesting conclusions:

At the right, the difference measure the memory cost of a single data structure (because each now hold a single ID). From which we deduce:

This leaves the improvement in memory usage that starts at 512 IDs per hash and 128 IDs per sorted set.

This phenomenon is due to Redis reverting to simpler structures (called “ziplists” or “zipmaps”) when a data structure contains fewer than a (configurable) number of items.

In practice, and with the default settings, a hash containing fewer than 512 elements will be stored as a flat list. This does mean that queries (in particular, our CAS query) will revert from O(1) to O(n)… but with a n that is constrained to be small.

Unfortunately, this effect gets negated if the partition counts becomes too high, as the memory cost of having more keys makes up for the efficient ziplist encoding.

Different data structures, even if quoted at O(1), might have different performance when queried: constant operation time might mean a constant 1ms or a constant 100ms, after all.

Using the same dataset, we benchmark throughput for two scenarios: CAS hits (trying to add an ID that’s already in the set), and misses (the converse).

We did make sure that the time spent in the driver is identical for each scenario and for each type of data structure, so that any difference can still be compared.

Our conclusion on storing large sets in Redis is twofold:

Of course, work here is incomplete. Instead of storing our IDs as hexadecimal strings, we could have halved storage by using binary packing — but that’d have made our examples unreadable.

Another avenue that might be worth exploring is using Redis as the storage for a Bloom filter, for use cases where a probabilistic data structure is sufficient. In theory, such a filter would only consume 80MB of memory for a set with 1-millionth false positive rates (a 90% reduction over our “exact” approach).

While reasonably realistic, this benchmark is still a benchmark and not behaviour in a production system, but hopefully will help you understand Redis behaviour a little better, as it did for us! 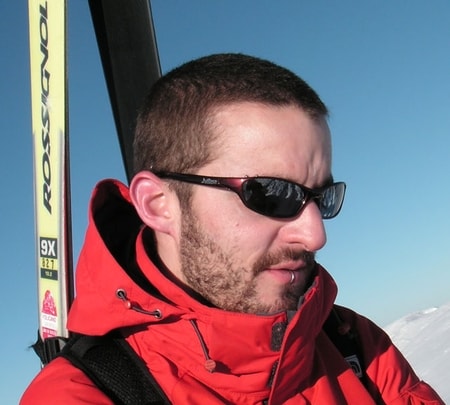