Experimentation is a key part of shipping new features here at Deliveroo. Each of our product teams has an embedded data scientist to help design the experiments and analyse the results. When we have a new feature to ship, we will design an experiment to test if it improves a small number of pertinent metrics. We will need to decide what metrics we will be tracking and how we define success of an experiment.

Prior to starting an experiment, the data scientist will have to ask a number of questions:

Obtaining an answer to the second question is called Power Analysis. Deciding the minimum effect size is often a business judgement and is an input into Power Analysis. Usually we only have to answer one of these questions: we choose the minimum effect size and need to calculate the sample size (duration of the experiment) or we have a fixed sample size and observe the minimum effect size that we expect would give us a significant result. While there are a number of online calculators and analytical methods (closed-form) to help us do this, we find using Monte Carlo simulation is far more flexible when running experiments with different designs and potentially multiple metrics. In this blog post we will talk through how and why to use Monte Carlo simulation for power analysis and briefly introduce our internal experimentation framework Echidna.

What is statistical power?

When measuring the impact of an experiment we are deciding if the average outcome in the variant is significantly different from the average outcome in the control, and we use frequentist hypothesis testing approaches to determine that. The statistical power of an experiment for a given alternative hypothesis is the probability we will get a statistically significant result (reject the null hypothesis) when the alternative is true:

A result is determined to be statistically significant if the observed effect was unlikely to have been seen by random chance. How unlikely is determined by the significance level, \(\alpha\), that is the likelihood of rejecting the null hypothesis given it is true:

Why not use analytical power analysis?

Analytical functions for performing power analysis for most common statistical tests are available in R and Python. We have found three limitations in using these libraries:

Now that have an understanding of why we want to use Monte Carlo simulation for power analysis let’s look at an example of how we would do it. The initial steps are:

Once we have our data, we have provided an example below in Python of how to run the Monte Carlo simulation:

The Monte Carlo power analysis is shown visually below. Each data point represents a sample size tried, to generate each datapoint we have run 2000 simulations. The relative effect size has been set to 3%.

We would call this our power curve. To make it easier to see where we reach our power target we fit a polynomial regression to the data points. In this example we see our simulation gives the same sample sizes as the analytical method.

The power curve shows us that, based on our simulations, if there is a true effect size of 3%, we have 80% confidence that we will be able to detect it, when using a sample size of 12,800. A sample of 6,400 observations per variant as we are equally splitting between control and variant. We would then estimate how many days it will take to obtain the required sample size in each variant.

To control how long our simulation takes to run, we have two main levers:

Real data is not Gaussian

In the example provided above we sampled from a normal distribution. However real data is rarely perfectly normally distributed. The histogram below shows the distribution of an example real dataset - notice the positive skew.

This data will violate the normality assumption of the t-test - although there are asymptotic justifications that the t-test is still valid even when our data is non-normal. Even if the t-test is valid, it will not be optimally powerful, there will exist alternative tests of the null hypothesis which have greater power to detect alternative hypotheses.

We can use the code presented before to perform a Monte Carlo power analysis. Here we are drawing our Monte Carlo samples from the empirical distribution of our previous data. Below, we show three power curves: one using Monte Carlo simulation with the t-test, one use the analytical power method for a t-test and one using Monte Carlo simulation with a Mann–Whitney U test. Prior to starting our experiment we can say that based on the empirical distribution of our data, our simulation says we need a sample size of 139k to use a t-test versus the 110k sample size the analytical method tells us. Here the analytical method underestimates the required sample size. A Mann-Whitney U test will require a smaller sample size (88k) but changes the hypothesis to testing if there is a difference in the distribution between variant and control. If we decide this hypothesis is the outcome we wish to test, we can use a smaller sample size.

One of the strongest reasons we use Monte Carlo power analysis is that we can use the empirical distribution of our previous data to determine the right sample size and experimental analysis before running an experiment.

The main difference is that we have to sample data from binomial distributions with two different success probabilities. The visualisation below shows the results for the three different relative effects tested:

The procedure shown below is almost identical in all these cases. The general method is within our simulation loop: run our statistical tests, correct for multiple comparisons, store if any of the tests were statistically significant after the correction, use these to calculate our power.

What do we mean by the power of an experiment when we have multiple comparisons? In the case with multiple metrics, our power could be any of the following two things:

If instead we had multiple variants (2 variants, 1 control), our power could be any of the following three things:

In the example below, we show how to use Monte Carlo simulation in the case of multiple metrics, creating the two power curves.

We show the two power curves in the plot below. In this case we need a much larger sample size to reach 80% power of both metrics being significant. If there was perfect positive dependence between the two metrics, the sample size needed would be the same. Using empirical data any dependence between the metrics will be taking into account. The relative effect for metric 1 was 3.5% and the relative effect for metric 2 was -2%.

The same code can be used in the case of multiple variants, segmenting by other dimensions, etc. We will need to change the logic inside of the simulation loop to compute the power curve of interest.

As we can see from our examples, changing the assumptions of the experiment can lead to a lot of duplicated code. At Deliveroo we have packaged our experimental design and power analysis into an internal library called Echidna. This helps avoid code repetition and reduce analysis mistakes. We provide support for different types of experimental designs, different metric distributions and test statistics, multiple comparisons, etc. An example function call in Echidna for a block design experiment to obtain sample size is provided below:

Our main reasons for developing Echidna were:

Echidna is a collaborative effort across the Data Science team here at Deliveroo and is constantly being improved.

Monte Carlo simulation provides us with an extremely flexible way to run power analysis. The downsides are additional coding and time taken to run the simulation. Encapsulating our simulation methodology into a common library has allowed us to minimise any additional coding and create highly optimised implementations. Our default for very simple experimental designs is to still use analytical methods, but will switch to Monte Carlo simulation when required.

If you are interested in experimentation, power analysis or anything else in this blog post - take a look at our careers page for Data Science roles. We would love to hear from you! 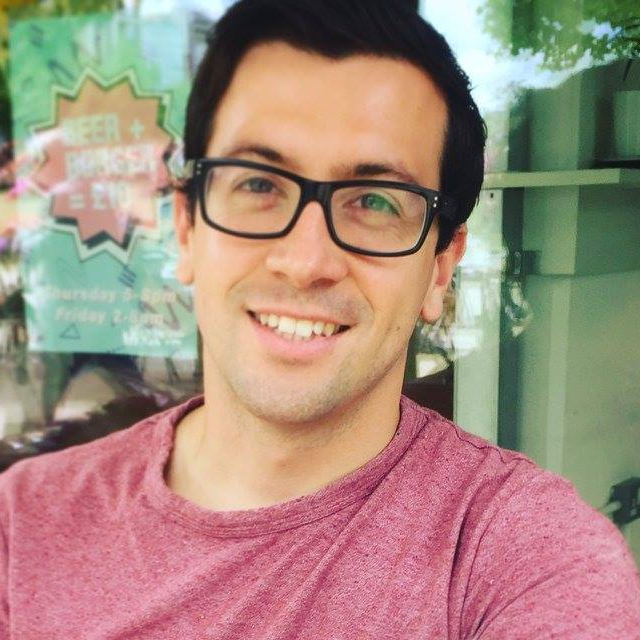 Dan is a Data Science Manager in the Algorithms team at Deliveroo building ranking and recommendations for our consumer facing products. 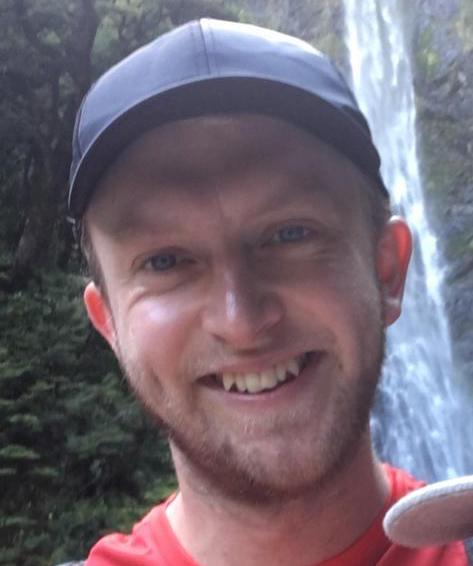 Senior Data Scientist and member of the Rider Online Experience team at Deliveroo. 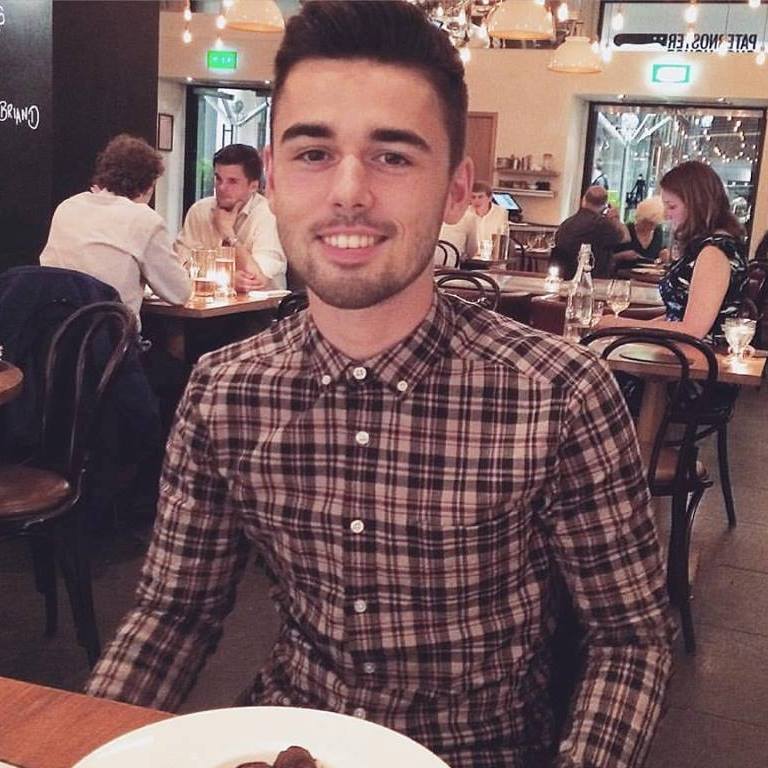 Data scientist and member of the Growth team at Deliveroo for the past 2 years.